Granular activated carbon is one of the most effective and affordable treatment options to remove cyanotoxins produced by harmful algal blooms and protect against the intrusion of algal toxins into drinking water system. 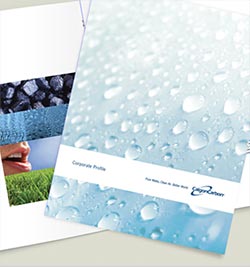 GAC treatment is a uniquely effective and affordable solution because the technology addresses critical challenges, such as carcinogenic disinfection by-products, volatile organic compounds, endocrine disrupting compounds and many others, while simultaneously acting as a protective barrier against harmful cyanotoxins. GAC also provides a significant advantage over powdered activated carbon (PAC) – the other form of activated carbon commonly used to remove cyanotoxins.

THE ADVANTAGE of GAC VERSUS PAC

The advantage of GAC versus PAC is that GAC is on-line continuously, providing an around-the-clock barrier against cyanotoxins and other contaminants. In contrast, PAC is dosed into the water in specific concentrations, and only at certain times, depending upon the compounds targeted for removal. Typically, PAC is used to treat taste and odor compounds, not cyanotoxins.

Given the sporadic nature of HAB outbreaks, it is very possible that by the time a water utility is alerted to a HAB event, the cyanotoxins have already entered their system before they can start or increase their PAC dosing.

Calgon Carbon is uniquely positioned to work with customers to optimize system design and identify the best solution through application testing. If a utility elects to adopt PAC rather than GAC for cyanotoxin removal, Calgon Carbon has a portfolio of PAC products for consideration.

In August 2014, more than 400,000 residents in an Ohio city lost access to drinking water when the Drinking Water Treatment System shut down because of algal blooms on Lake Erie. Interestingly, the 30,000 residents in a neighboring town, using the same Lake Erie water – remained unaffected.

The difference was the use of granular activated carbon.

Not only does a community suffer major inconvenience when a drinking water treatment plant shuts down, it also experiences major economic damage as retail stores, malls, restaurants, schools, public facilities, and many other businesses are forced to close. “Do Not Drink” water bans or “Boil Alerts” can result in a daily average economic loss to a city of ~$150 per person.

FILTRASORB CONSISTENTLY OUTPERFORMS OTHER PRODUCTS IN THE REMOVAL OF CYANOTOXINS